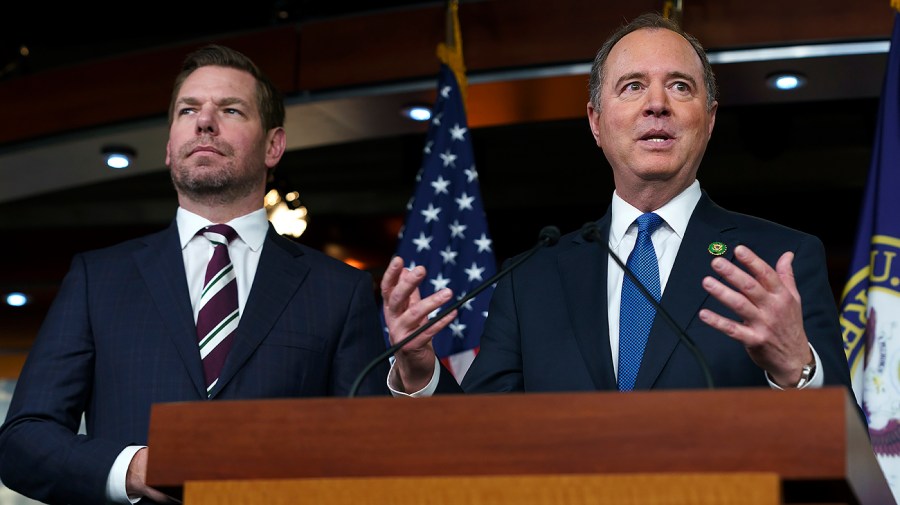 Rep. Adam Schiff (D-Calif.) sharply criticized Meta’s move to reinstate former President Trump’s Facebook and Instagram accounts as a “tragic decision” after the company announced on Wednesday it would allow the former president back onto the social media sites.

“I think Facebook’s decision to reinstate Donald Trump is inexplicable,” Schiff said in an interview with MSNBC. “It represents, in my view, a total caving in and copping out. The only motive I can see is profit motive here.”

Trump had been banned from Facebook and Instagram for over two years after his actions during the Jan. 6 insurrection. Meta said it made the decision to remove the ban on the politician after determining the public risk that was present during the insurrection had receded.

The move comes as Trump is reportedly planning a move back to more mainstream social media sites as he starts his 2024 White House bid. He has spent most of the last two years on his own social media platform, Truth Social.

But Schiff, who has been a frequent foe of Trump’s, said that what the former president has posted on his own social media platform would violate Facebook’s policies.

“He’s continued to give aid and comfort to those who committed acts of insurrection,” Schiff said. “He’s continuing to spread the big lie.”

Meta said that at the same time that it was reinstating Trump, it was also unveiling new guardrails that would seek to deter repeat offenders against the site’s guidelines. For example, if Trump were to violate the platform’s rules again, he could face another suspension of between one month and two years.

“We know that his words have power and they inspire, and then the leaders in the Republican party, like Speaker [Kevin] McCarthy [R-Calif.], they don’t condemn them,” Swalwell said. “And so when they’re not condemned, they’re a greenlight and open lane for more violence to occur.”

“The reinstatement of Trump’s accounts shows that there is no low Mark Zuckerberg will not stoop to in order to reverse Meta's cratering revenue and stagnant consumer growth, even if it means damaging our democracy,” she said on Twitter.

Sen. Bernie Sanders (I-Vt.) had a more tepid response to Meta’s welcoming back of Trump, shrugging an interview with CNN’s Anderson Cooper when asked about the news and saying that the former president has the right to express his views.

“You have a guy who’s a pathological liar,” Sanders said. “But he happens to be the former president of the United States and he has a right to express his views.”