Victor Navasky, award-winning author and editor of the Nation, dies at 90 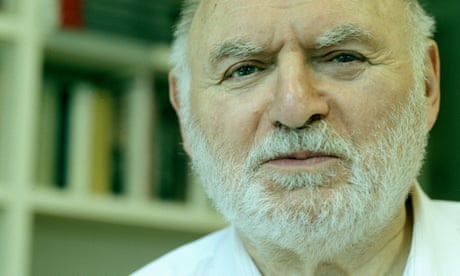 Liberal lion won National Book Award and edited leftwing Nation, with writers including Hitchens and Cockburn, from 1978 to 2005

Victor Navasky, an award-winning author and journalist who presided over the liberal US weekly the Nation and wrote influential books on the anti-communist blacklist and the justice department under Robert F Kennedy, has died. He was 90.

Navasky’s death was confirmed to the Associated Press by a spokesperson at the Nation. Its publisher, Katrina vanden Heuvel, said Navasky changed her life and thousands of others.