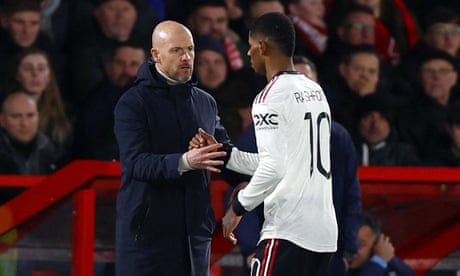 After their 3-0 win at the City Ground, the United manager was pleased at the manner in which his team responded to Sunday’s Premier League defeat at Arsenal that left them 11 points behind the Premier League leaders. But he came as close as he comes to an emotional outpouring when evaluating Rashford’s remarkable progress that was confirmed by a brilliant opening goal here, when he ran half the length of the pitch and between two Forest defenders before switching the ball from right foot to left to score.