Sending tanks to Ukraine makes one thing clear: this is now a western war against Russia | Martin Kettle 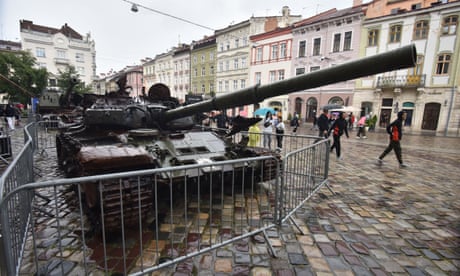 Volodymyr Zelenskiy is finally getting the help he wants, but it places more of Ukraine’s future in US hands

Sending more western tanks to support Ukraine does not mean, as some politicians occasionally come dangerously close to implying, that the war is now almost over – save only for the fighting. The Ukraine war will still last months, if not years, and today’s decisions are more of a strategic body swerve than a complete and fully executed U-turn. Nevertheless, this is an unmistakably big moment, and for three main reasons.

The first is that battle tanks give Ukraine a military advantage that, in the words of Ed Arnold of the Royal United Services Institute, could be transformative. The three types of western battle tank now being committed to Ukraine – the US’s M1 Abrams, Germany’s Leopard 2 and the UK’s Challenger 2 – are all significantly more powerful than the Soviet-era T-72s that form the bulk of the Russian and Ukrainian tank forces. The same goes for the French Leclerc tanks, whose dispatch to Ukraine has not been ruled out either.