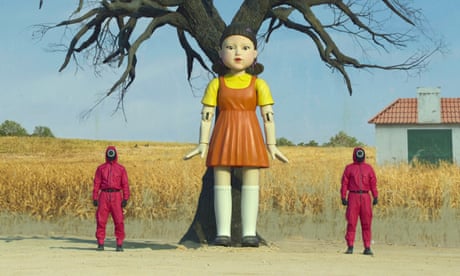 Streaming giant says three people were treated for mild conditions while filming competition based on hit South Korean drama, after contestant claims ‘it was like a war zone’

Three people received medical treatment during the filming of a Squid Game reality show, Netflix has confirmed, but said “claims of serious injury are untrue” after a contestant claimed people were stretchered out.

Squid Game: The Challenge will see 456 contestants competing for a huge cash prize, just like in the hit South Korean fictional drama. The reality show is currently being filmed in Cardington Studios, a former RAF base in Bedfordshire in the United Kingdom.