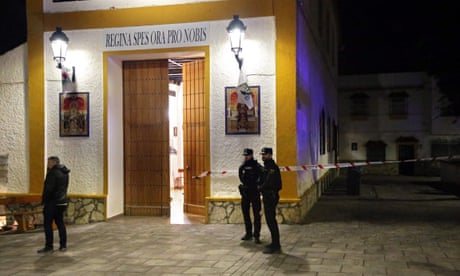 Authorities are investigating the attacks as a possible act of terrorism; police have arrested a suspect

A machete-wielding man killed a sexton and wounded a priest in attacks at two churches in the Spanish city of Algeciras on Wednesday before being arrested, in what authorities are investigating as a possible act of terrorism.

The suspect was arrested and is in the custody of Spain’s national police. The ministry did not identify him.