Battle of the botanic garden: the horticulture war roiling the Isle of Wight 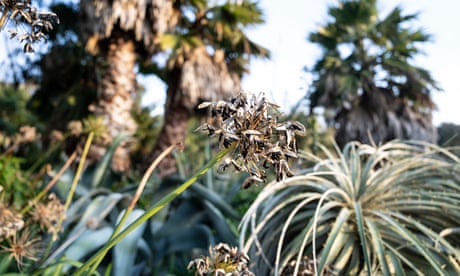 When a US businessman took over a beloved garden a decade ago, he decided on a radical new approach, all in the name of sustainability. But angry critics claim it’s just plain neglect

John Curtis’s enemies – and for a man who runs a mid-sized botanical garden on the Isle of Wight, he has surprisingly many – have a tendency to refer to him as “the American Businessman”, a phrase that, for many islanders, carries overtones of rapaciousness and cultural barbarism. He would rather not have quite so many adversaries, but neither does it seem especially to disturb him to be the object of simmering ill will on the island. He is not in the business of deliberately goading his detractors, but he tends, in his discussion of the increasingly public argument unfolding around his stewardship of the garden, toward a certain easygoing, sprightly provocation. “I’m a lightning rod,” as he put it to me in our first conversation, and on several occasions thereafter.

Curtis is a slight man in his early 60s with a neat, greying beard and nimble features. He is an intent listener and a rapid and agile talker. He doesn’t strike you as the sort of person who would wind up running a botanic garden on the Isle of Wight, or anywhere else for that matter. Such is his quality of flinty refinement that it is easy to imagine him a senior partner at a white-shoe Manhattan law firm, dispensing astringent wisdom to a younger colleague over a tumbler of scotch at the Yale Club. He was born into one of Connecticut’s oldest families, and is a direct descendent of the Puritan preacher John Winthrop, who founded the Massachusetts Bay Colony in the 1630s, and whose A Model of Christian Charity sermon – popularly known as the “City upon a hill” speech – is a core text of American exceptionalism.