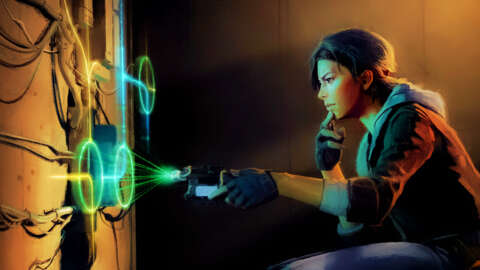 Video game leaks are nothing new, but they occasionally produce cut content or developmental tools that are of interest to enthusiasts. Now, a YouTuber has apparently restored an "abridged" version of Half-Life 1's campaign that was created by Valve during the game's original development.

The maps that make up this mini-campaign were first discovered in a leak back in the early 2000s, but modders didn't have the raw files required to restore them to full playability. The recent Valve "gigaleak" apparently included those files, which led leaker and YouTuber Tyler McVicker to fix the files and post a playthrough to his channel.

As described above, the campaign is indeed many of the most memorable parts of Half-Life distilled to a half-hour of gameplay, including the survival-horror of its early hours, gunfights with Marines, the tail end of the famous "Surface Tension" sequence, and ending at the flooded Lambda labs.