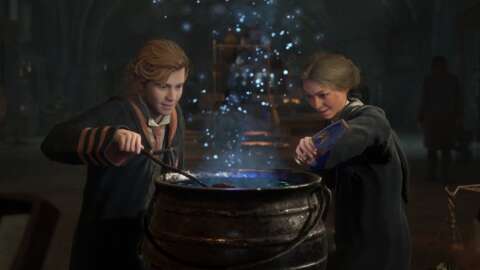 Avalanche Software isn't just boasting about the number of side quests in Hogwarts Legacy--there are over 100--but also how they affect the game's story. "Everything is interconnected," according to Moira Squier, who's the narrative director and advanced game writer on the RPG.

Squier opened up about Hogwarts Legacy to GamesRadar and how the RPG offers ways for players to create their own narratives within. "The main storyline is complicated and engaging and involves a variety of different characters and viewpoints," Squier said. "But by giving the player choice moments throughout the game, we allow them to tell their own version of that epic story."

It's also up to players on how they tackle these side quests. Apparently, Hogwarts Legacy gives players freedom in picking and choosing these activities outside their classes. "The order in which the player chooses to complete these quests will impact their story and game." said Squier.