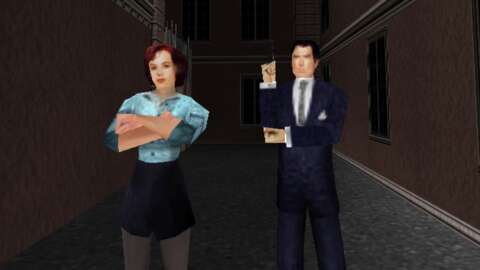 One of the most celebrated games of all time, GoldenEye 007, finally has a release date on Nintendo Switch Online + Expansion Pack and Xbox Game Pass. The James Bond FPS will launch this Friday, January 27, for both platforms.

GoldenEye 007 originally came out on Nintendo 64 in 1997 and was based on the 1995 movie starring Pierce Brosnan. This updated version of the game will feature online multiplayer on Nintendo Switch, but not Xbox. Instead, the James Bond title will have achievements, split-screen multiplayer, and a 4K resolution on Xbox.

Nintendo and Rare announced GoldenEye 007 was returning in September, teasing the launch would be soon. It's possible the game was delayed a bit because of the War in Ukraine, though that was only rumored. Last year was GoldenEye's 25th anniversary and James Bond's 60th.