Evil Within, Ghostwire Dev Reveals New Game Hi-Fi Rush, And It's Out Today On Game Pass 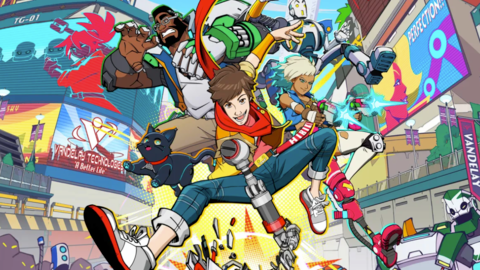 Tango Gameworks, the studio founded by Resident Evil veteran Shinji Mikami and known for The Evil Within and Ghostwire: Tokyo, has announced its next game. Revealed during the Xbox Developer Direct event, the game is called Hi-Fi Rush and it's out today.

A rhythm action game, Hi-Fi Rush has players performing moves to add layers to the music. The more you flow with the beat, the better you can perform abilities. Everything syncs up with the music as you play. The game is unlikely anything Tango has made before, and Mikami said he was keen to try something new for the team's next game.

"As wannabe rockstar Chai, you'll fight back against a sinister robotics enhancement conglomerate using rhythm-amplified combat where everything--from the motion in the environment to the blows of combat--is synced to the music," reads a line from the game's description.