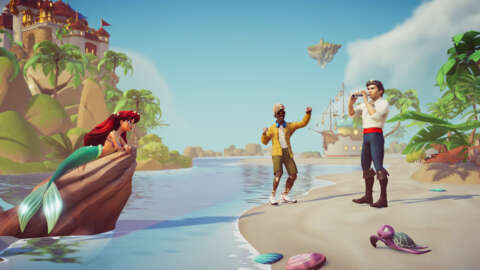 Disney Dreamlight Valley (DDV) has been Gameloft's most successful launch ever, and the team feels like it's just getting started. As a farming life sim that combines elements of Stardew Valley and Animal Crossing with an original Disney story involving virtually limitless IP, the formula seemed ready-made to be a hit. But the live-service world means changes and additions are expected often, and Gameloft has now laid out its 2023 roadmap.

It features new characters, new Realms, and a lot more, all of which is detailed below. Perhaps most excitingly, multiplayer is on the docket for this year. GameSpot recently caught up with lead producer Manea Castet and marketing lead Claire Llewellyn to discuss the game's massive first few months and the many plans for the road ahead. We also tried once again to get them to speak to the possibility of Marvel and Star Wars characters arriving in the valley.

"The journey has been amazing so far, above any expectation we had, to be honest," Castet told me. "This is the biggest launch we've ever had," Llewellyn added in no uncertain terms. Gameloft has historically been known for mobile games, and it's likely you've played some of its games before. Working on massive IP like Lego, Disney, and Sonic, Gameloft established itself as creators of console-quality mobile games, which Castet said made the transition to Disney Dreamlight Valley and its simultaneous launch on all console and PC platforms the next logical step.