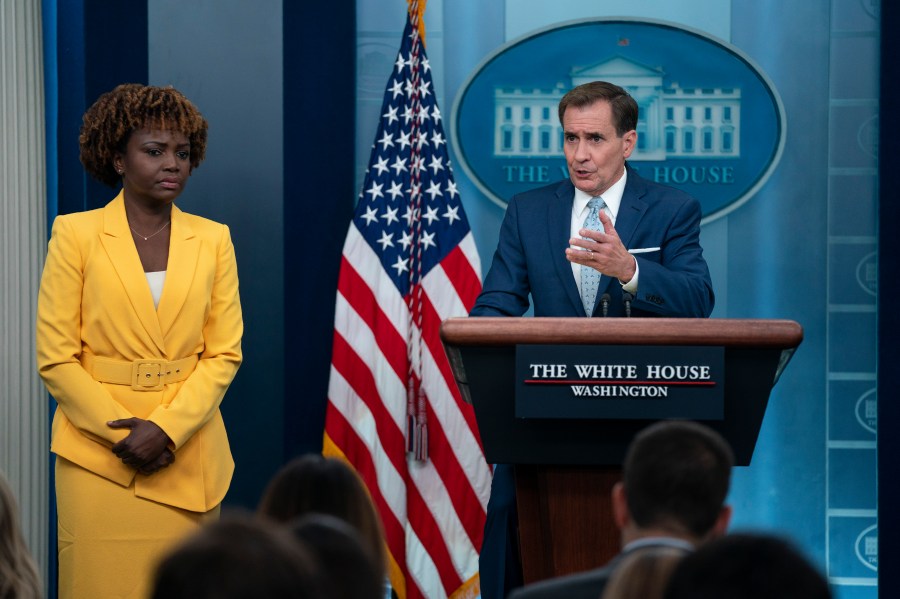 “I don’t have any changes to speak to the process of classified material handling,” Kirby said. “The guidelines change over time as technology changes, and we’re always reviewing those procedures to make sure that they’re fully appropriate.”

The discovery of classified documents at Biden's Delaware home and former office in Washington, D.C., as well as those found at former President Trump’s Florida home and former Vice President Mike Pence's Indiana home, have raised questions about the system and rules around such documents.

The Presidential Records Act requires presidents and vice presidents to turn documents over to the National Archives for proper preservation after their elected terms end.

When asked if there’s a problem with over-classification of documents, Kirby said on Tuesday that “it’s always a balance.”

“And you’re always trying to meet that balance about whether things are classified appropriately. The intelligence committee works at this, obviously we worked at this. I wouldn’t go so far as to slap a Band-Aid on and say, ‘Yeah, everything’s over-classified,’” he said. “But it's a balance that we try to strike to make sure that everything is appropriately marked and appropriately handled. But you know, it varies from document to document and from issue to issue.”

Kirby also spoke to the process of going into and out of a secured location where classified documents are dealt with, a location or office also referred to as a SCIF.

But he added that “if you do it inadvertently,” you self-report, noting that’s what Biden did in his situation.

He stressed that the president has been transparent about it, a point the White House had been making the last two weeks.

Biden has faced mounting criticism over the discovery of classified materials at the president's former office in Washington think tank and at his Delaware home.