What to know about Tyre Nichols's death amid civil rights probe 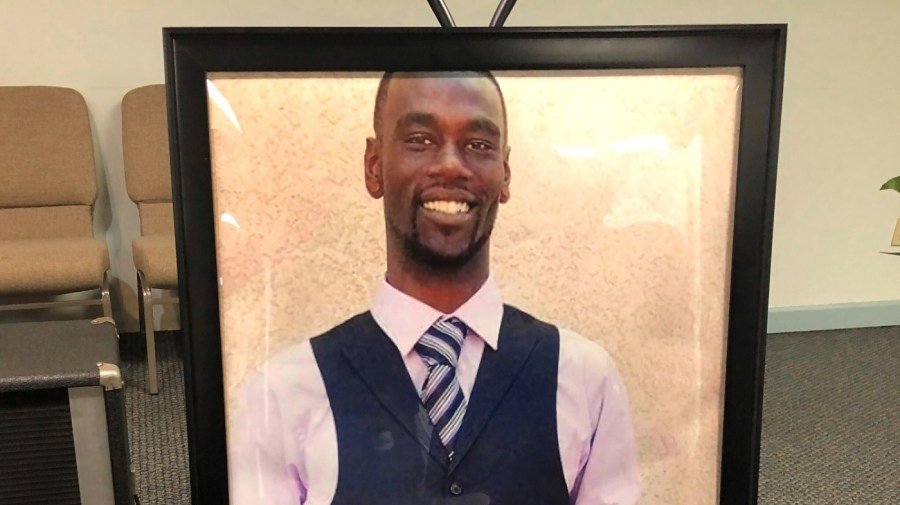 The US Department of Justice and FBI have opened a civil rights investigation into the death of Tyre Nichols, a Black man from Tennessee who died after enduring a severe beating from police officers.

Kevin G. Ritz, United States Attorney for the Western District of Tennessee, promised to conduct a “thorough and methodical” investigation in a press conference in Memphis on Wednesday.

“I want this city to be a place where justice is done,” Ritz said. “The United States is committed to following the facts in the law guided by principles of justice every step of the way.”

Here’s what to know about Nichols’s death.

Nichols, a 29-year-old Black man, was the father of a 4-year-old son. On Jan. 7, Memphis police officers stopped him for reckless driving, according to the department.

In a statement posted to Twitter, the department said that as officers approached Nichols, a “confrontation” broke out and he tried to flee the scene on foot. Officers eventually caught up to him where reportedly another “confrontation” took place. It later was revealed that Nichols was beaten for three minutes by police officers.

Once Nichols was in police custody, he reportedly began to complain of shortness of breath and was transported to a hospital in critical condition.

According to civil rights attorney Benjamin Crump, who is representing the family of Nichols, his legal team had its own independent autopsy performed on Nichols. Preliminary findings indicate Nichols “suffered extensive bleeding caused by a severe beating.”

Nichols died from his injuries on Jan. 10. His mother, RowVaughn Wells, said her son was “two minutes” away from his home when officers “murdered him.”

“My son — and no son — deserves this,” Wells said at a press conference on Monday.

Who were the officers involved?

Five officers — Tadarrius Bean, Demetrius Haley, Emmitt Martin III, Desmond Mills Jr. and Justin Smith — have been identified in the incident and fired from the department.

The officers, who are all Black, joined the department between 2017 and 2020. NBC News reported Wednesday that in 2016, Haley was accused of participating in an assault at the Shelby County Division of Corrections that left an inmate unconscious.

In a statement, the department said it conducted a “thorough review of the circumstances surrounding this incident” and found that the five officers had violated multiple department policies, including excessive use of force, duty to intervene and duty to render aid.”

“The Memphis Police Department is committed to protecting and defending the rights of every citizen in our city,” said Chief of Police Cerelyn Davis. “The egregious nature of this incident is not a reflection of the good work that our officers perform, with integrity, every day.”

“We want citizens to know that we are prepared to take immediate and appropriate actions based on what the findings determine,” said Strickland.

Both Crump and Van Turner, the NAACP Memphis chapter president, said the race of the police officers in this case should not matter in the fight for justice.

Authorities have not yet released body camera footage of the incident, though pressure from the public is mounting.

“This kind of in-custody death destroys community trust if agencies are not swiftly transparent. The most effective way for the Memphis Police Department to be transparent with the grieving Nichols family and the Memphis community is to release the body camera and surveillance footage from the traffic stop,” Crump said in a statement.

Crump compared the video to the 1991 video of Rodney King, a Black man who was brutally beaten by Los Angeles police officers during a traffic stop.

Nichols’s family has seen the video and, according to the Memphis Commercial Appeal, Nichols’s stepfather Rodney Wells called it “horrific” and said “no father or mother should have to see that.”

Crump said Nichols’s mother couldn’t get through more than the first minute of the footage.

Attorney Antonio Romanucci, who is also representing the family, said the video shows Nichols being pepper-sprayed, shocked with a stun gun and restrained. Nichols also called for his mother several times throughout the video, said Romanucci, and said that he “just wanted to go home.”

“He was a piñata to those police officers,” said Romanuicci. “It was an unadulterated, unabashed nonstop beating of this young boy for three minutes.”

Officials have said the body camera video will be released to the public “soon.”

On Monday, Crump said the family is giving the department two weeks to release the video, which Turner said is the right call to make.

“As a lawyer, you have to be sensitive to have a neutral and fair jury pool,” said Turner. “You don’t want to do anything now to taint the jury and cause his case to perhaps be moved to another jurisdiction … we have to respect what they family has stated, they want this to be a rock-solid investigation and they don’t want to compromise the investigation.”

Still, there have been some concerns over what could happen once the footage is released. After the murder of George Floyd by Minneapolis Police officers, civil unrest led to looting, burning and rioting.

“Burning down your own community will not solve this problem,” Turner cautioned. “What will solve this problem is supporting this family, supporting the effort to bring these individuals to justice and support the effort to better train our officers and better train them to interact with this community appropriately going forward. That’s what this fight should be about.”

Rev. Al Sharpton, founder and president of the National Action Network (NAN), will deliver the eulogy for Nichols at his funeral in Memphis next Wednesday, with attorney Ben Crump set to deliver a call to action.