Using civil suits to enforce laws is an uncivil solution 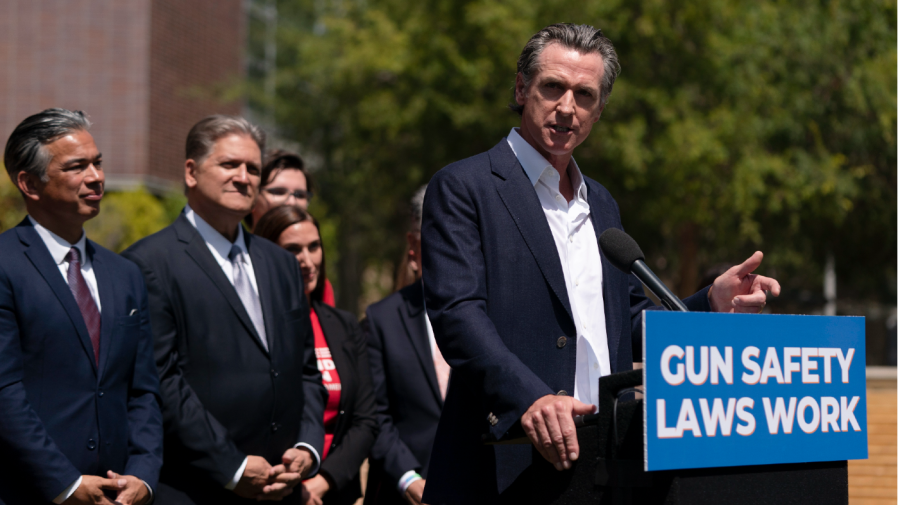 While experts continue to pour over the data of the 2022 midterm elections, one truth cannot be avoided — America continues to be divided. Politicians, media and voters lament how hard it is to navigate the fault lines of political discourse in America today.

As leaders, we need to promote solutions that unite rather than divide our constituents and our country. Yet, as state legislatures across the country are gearing up for the new year, many may be tempted to pursue a “solution” that would incentivize further division.

Congress and state legislatures have long exercised their authority to empower private parties who are injured to sue the alleged wrongdoer. But there has been a recent movement among legislators across the country to enact laws that allow private plaintiffs to sue for wrongs done to society in general. Over the last two years, we have seen several states deputize their citizens to enforce their laws against other citizens and, worse, incentivize this enforcement mechanism.

Early this year, on Jan. 5, New York legislators introduced a bill designed to protect citizens from “the knowing and reckless promotion of unlawful or false material.” Private citizens would be deputized to sue any person who, among other things, promotes content that includes “a false statement of fact or fraudulent medical theory that is likely to endanger the safety or health of the public.”

These laws are legally suspect under the federal and state constitutions. They also are bad public policy. Deputizing citizens to go sue their neighbors to enforce laws for the public good will only exacerbate the divisions we hope to heal in our nation. Moreover, they further remove our leaders from political accountability, introduce new uncertainties into an already fragile economy, open the door to discriminatory enforcement and threaten to chill all Americans’ ability to exercise their constitutional rights.

Private enforcement provisions eviscerate political accountability, which is a vital part of our representative democracy. Much has been made of the tremendous power unelected bureaucrats have to impose new mandates on Americans and American businesses with zero political accountability. Similarly, these state laws give private parties unchecked enforcement power. Just as voters cannot vote out of office the career staffer in the Internal Revenue Service promulgating a new tax mandate, voters cannot vote out of office the citizen suing businesses across the state for violations of public law. And, in the case of the private citizen, legislators cannot meaningfully use standard tools like oversight hearings or appropriations to guide enforcement. This is particularly problematic because the private individuals who choose to enforce a law will often hold the most extreme and aggressive views on the legislated topic.

Rule of law and the predictability of laws and law enforcement are critical in any society. Granted, laws are often complex and ambiguous to some degree. But through a politically accountable executive, individuals and businesses can navigate this complexity and ambiguity by looking at clarifying regulations, guidance and enforcement priorities. None of those safeguards exist if private parties are empowered to enforce the law using novel legal theories or in unanticipated factual circumstances. This unpredictability is not only harmful to businesses and individuals as they seek to arrange their affairs, but it also undermines the authority of regulators to guide compliance.

Finally, state officials looking to skirt political accountability may use private enforcement to escape constitutional limits on executive enforcement and create a race to the bottom in the process. Every politician’s political pet project could result in a law that its citizens enforce. One legislator could incentivize parents to sue teachers who teach a curriculum with which they disagree, another legislator could incentivize citizens to sue any person or business he or she believes is promoting “misinformation.” Private enforcement schemes create a potential patchwork of laws across the country that chill individuals from exercising their federal constitutional rights.

There is no shortage of issues facing our country today. Now, more than ever, we need to produce solutions that bring us together as a society. By privatizing the enforcement of new state laws, legislators would be doing the opposite. Instead of looking for solutions that we can agree on, we would be effectively arming each American with a legal cudgel to hold over his or her neighbor.

That is the exact opposite of the unity so many Americans seek.

Susana Martinez is the former governor of New Mexico.