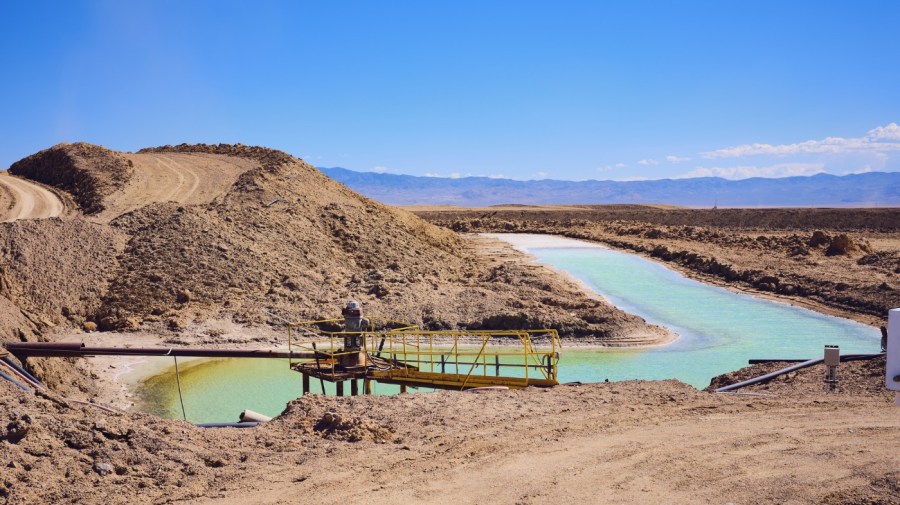 Broad investment in mass transit and reduced reliance on cars could reduce the additional lithium required to transition to electric vehicles by 90 percent, according to research from the Climate and Community Project and the University of California, Davis.

The research, first shared with The Guardian, found a scenario in which current demand for EVs as projected to 2050 would require three times as much lithium as is currently produced worldwide. The U.S. currently only has a single lithium mine, and while the domestic market is poised to expand, this projected demand would require a vast expansion of mining operations. This poses a new set of risks, including environmental degradation and disruption of affected communities, according to the report.

In contrast to relying entirely on a transition to EVs for decarbonization, the analysis found, aiming for an outcome that reduces EV battery size and overall dependence on cars could cut lithium demand between 18 and 66 percent. A scenario where car reliance stays flat but battery size is limited could reduce demand up to 42 percent.

The researchers’ best-case scenario, a combination of public transportation investment, flat growth in car dependency and denser cities, could reduce overall lithium demand 92 percent, according to the researchers.

“Ultimately, climate, transit, and Indigenous justice can be aligned. Doing so requires an ambitious rethinking of the energy transition that emphasizes benefits for communities and ecosystems most impacted by the climate crisis,” the authors wrote. “In order to achieve a just future, the movement for climate justice must present a united front against profit-driven extraction.”