Russia needs to be humiliated in Ukraine 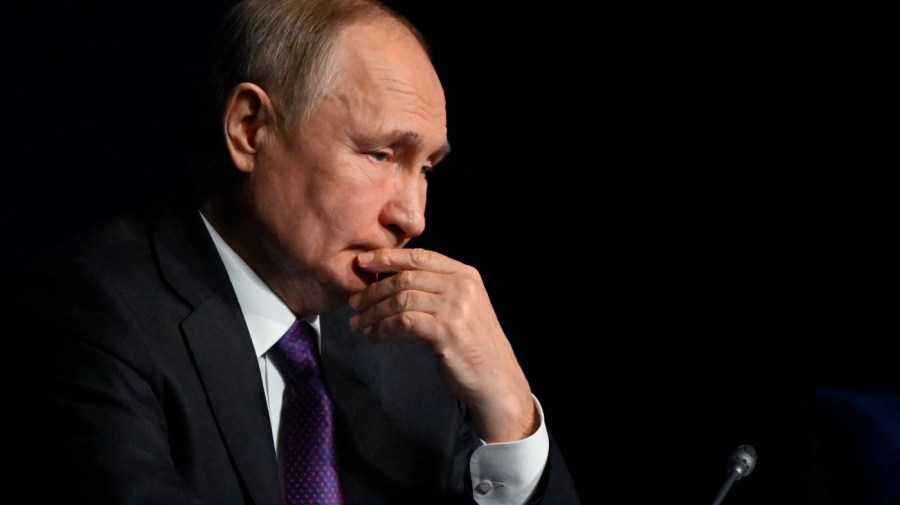 Listening to various discussions here in Washington, D.C., (mostly off the record) I am amazed how many people fear a Ukrainian victory over Russia. None of the arguments I hear make sense. The West needs to give as many arms as it can to Ukraine to help it defeat Russia.

One argument I often hear is that the war cannot be allowed to spread. That’s right, but the war will spread unless Russia loses. If he can do so militarily, Russian President Vladimir Putin will march on to Moldova and then proceed from there, so the only way to contain his war is to support Ukraine fully.

Some have uttered versions of the phrase, "All wars end with negotiations. We must maintain relations with Putin.” That’s simply not true. Many wars end with capitulation (World War II, the war in Iraq), ceasefire (Korean war, Japan's war with the USSR) or revolution (Russia in World War I). Putin should be treated, like Hitler or Saddam Hussein, as the international war criminal he is. Few called for negotiations with them.

Many treat the line of contact of Feb. 23, 2022, as a legitimate border, but it was not. Russia had maintained a low-intensity war since 2014, and it brought no peace. Putin maintained it as a starting point for his new war of aggression in 2022. All of Ukraine’s territories must be returned. We must not accept the gains from a war of conquest.

Many have accepted the Russian argument that Crimea is intrinsically Russian, but it is not. It was conquered by Catherine II in 1783, and the USSR passed it on to Ukraine in 1954. The Russian population in Crimea is a result of Soviet and Russian ethnic cleansing that must not be condoned. The Crimean Tartars and the Ottoman Empire have much longer claims to Crimea.

For 20 years starting in 1997, Russia leased the naval base in Sevastopol from Ukraine. At the time, 1997 stood out as the peak of friendship between Russia and Ukraine, but it turned out to be a serious mistake for Ukraine’s security. Russia’s lease facilitated Russia's occupation of Crimea in February and March 2014. Legally, Sevastopol has all along been Ukrainian territory. In December 1991, the populations in Sevastopol and Crimea voted freely to belong to Ukraine.

Some suggest that Ukraine should give up some territory to Russia to calm Putin, but Putin wants the whole of Ukraine, so any concession to Putin would just lead to a new Russian assault on Ukraine. Russia must be defeated.

Absurdly, some even propose that Crimea or Donbas could become a "frozen conflict" to satisfy Putin, as if “frozen conflicts,” such as Transnistria, Abkhazia and South Ossetia, were desirable. The best outcome of this war is that all Russia's "frozen conflicts" are resolved by Russian troops withdrawing.

The ultimate argument seems to involve the question: “What will Putin do?” The people who pose this question clearly don’t understand that the whole of Russia’s military force is engaged in Ukraine, and that it is being beaten. A defeated Putin cannot do much. The danger comes from Putin not being defeated. Putin is very unlikely to use nukes, because that would mean both he and his generals will die. Remember that Hitler never used his many chemical arms, because he could not see how they could help him. Instead, he committed suicide.

Some are afraid of Russia’s destabilization and want to keep Putin in power as a source of stability. But Putin has proven to be a source of international instability and kleptocratic despotism in Russia. Such a regime must not be supported. How can anybody favor Putin’s frightful suppression of the Russians? Putin belongs in prison.

Finally, many fear the dissolution of Russia, just as President George H.W. Bush feared the dissolution of the USSR and even went to Ukraine to agitate against Ukrainian nationalism in his 1991 “chicken Kiev” speech. We must not repeat his mistake. Let those nations that desire to leave Russia do so.

As the exiled Russian opposition politician Leonid Gozman argues, the ideal outcome is that Russia is defeated and has to capitulate, as Germany did in 1945. The problem with the 1991 collapse of the USSR was that it was too peaceful; Russians did not feel defeated. They did not understand why the USSR had collapsed.

Therefore, the Russian mood evolved, as in Weimar Germany in the interwar period. What Russia needs is a capitulation, a true humiliation, so that most Russians will understand that they must rethink and denounce Putin. An aggressive war criminal such as Putin must not be left in place. As President Biden rightly stated in his great March speech in Warsaw: "This man cannot remain in power."

Therefore, the West should give Ukraine all the potent arms it needs (modern battle tanks, precise long-distance missiles and modern fighter jets) as soon as possible because the longer the war lasts, the worse the suffering will be.

Anders Aslund is the author of “Russia’s Crony Capitalism: The Path from Market Economy to Kleptocracy.”