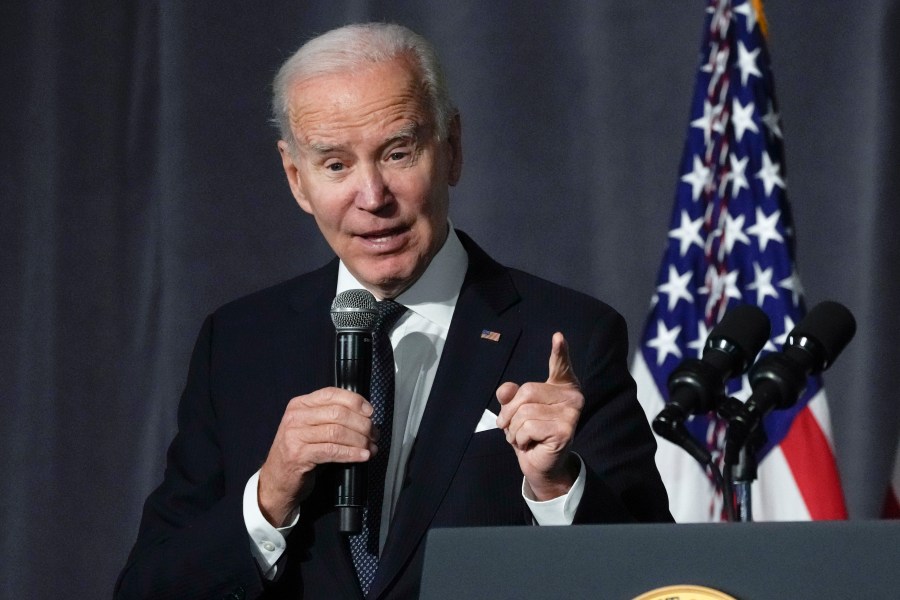 When Joe Biden ran for the White House against President Trump in 2020, he made the case to the American people that he would restore structure, competence and character, and abide by the rules. It was time to return to “norms” in Washington, he said. “The adults are back in charge!” liberal pundits breathlessly wrote and parroted on cable television.

But years later it turns out Biden has been breaking the so-called norms for at least a decade by hoarding classified information he was not entitled to keep.

After the reveal of the first trove of classified documents, which were stored in Biden’s unsecured former Penn Biden Center office, President Biden gave a statement clearly written by his lawyers after ignoring the issue for days.

“People know I take classified documents and classified information seriously,” Biden read from a statement on Jan. 10. “But I don’t know what’s in the documents. I’ve — my lawyers have not suggested I ask what documents they were. I’ve turned over the boxes, they’ve turned over the boxes to the Archives. And we’re cooperating fully, cooperating fully with the review, and which I hope will be finished soon, and there will be more detail at that time.”

Notably, he did not mention the documents were discovered on Nov. 2, 2022, just days before the midterm elections.

But the search wasn’t complete and just two days later, the American people quickly found out a number of classified items were found in President Biden’s Wilmington, Del., garage. Biden’s defense for the situation was that his Corvette, also housed in the garage, was always locked in and therefore, the information was safe. His son, Hunter Biden, had regular access to the garage and even quarantined in the home during the COVID-19 pandemic.

Days later, additional items were found at the home and Biden’s attorneys used clever legal language to describe the latest findings — an implication there’s much more to come.

“DOJ took possession of materials it deemed within the scope of its inquiry, including six items consisting of documents with classification markings and surrounding materials, some of which were from the President’s service in the Senate and some of which were from his tenure as Vice President,” Biden attorney Bob Bauer said in a statement about additional items found in Biden’s home.

Six items doesn’t mean six documents. An item can be an entire box or binder full of classified information.

So, what’s left? How many “classified items” are still to be found? According to reports, the FBI is debating whether to launch additional searches of Biden’s residences. The beach house in Rehoboth hasn’t been touched.

Astonishingly, Biden isn’t showing any remorse for the situation.

“I have no regrets,” Biden told reporters. “I think you’re going to find there’s nothing there. There’s no ‘there’ there.”

We still don’t know why Biden decided to illegally hold onto the information, but we do know who potentially had access to it, and alarms are going off.

Biden won’t answer questions publicly about what kind of classified information he was storing, what it was used for and how keeping it for years was beneficial. But given his repeated statements that he “never” discussed his family’s foreign dealings with his son, those watching this fiasco play out are right to be suspicious about how the classified information may have been used.

Emails from Biden’s time as vice president clearly show Hunter Biden was intricately involved in the happenings of his office. Despite this fact, Americans have been told to accept the claim they didn’t work closely together on foreign business dealings that made the family rich.

Given Biden’s decades-long career in Washington, on Capitol Hill and in the executive branch, he should know better when it comes to handling sensitive information. In fact, he does know better. And yet, despite all of his experience, Biden was still breaking the most important rules about classified information. What does that say about his intentions? It certainly destroys the repetitive statement from the White House that he “takes classified information seriously.”

As the special counsel investigation into Biden’s mishandling of the classified information moves forward, the stonewalling from the White House will continue, only breeding distrust and additional questions about the scandal.

With the drip, drip, drip continuing, the old Washington mantra keeps coming back: The coverup is usually worse than the crime. Given the unanswered questions about what kind of classified information Biden kept, who had access to it and how it was used, time will tell if there is in fact a “there” there.

Pavlich is the editor for Townhall.com and a Fox News contributor.