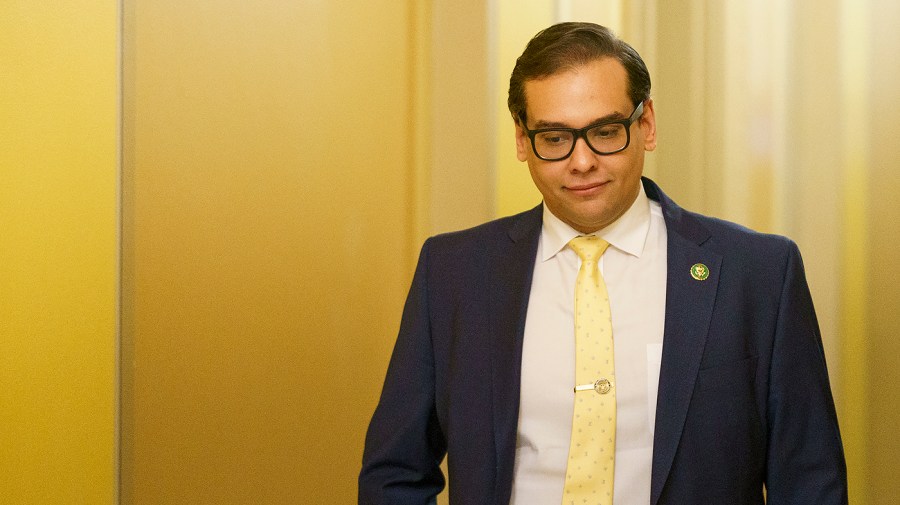 Reps. Joe Morelle (D-N.Y.) and Gregory Meeks (D-N.Y.) sent a letter to McCarthy detailing their "serious" concerns about whether it's "appropriate" for Santos to access classified information. Saying that Santos has violated the trust of the public, they argued him being given unrestricted access to such information could present a "significant risk" to the country.

"The numerous concerning allegations about his behavior over decades put his character into question, and suggest he cannot be trusted with confidential and classified information that could threaten the United States’ national security," the letter stated.

"It is clear that Congressman George Santos has violated the public’s trust on various occasions and his unfettered access to our nation’s secrets presents a significant risk to the national security of this country," the letter added. "We urge you to act swiftly to prevent George Santos from abusing his position and endangering our nation."

Morelle and Meeks said in the letter that McCarthy should prevent Santos from going to classified briefings, and limit his access to classified information through his committee assignment.

Santos has come under fire in the last few months amid revelations that he fabricated parts of his biography and resume and that suggest he may have violated campaign finance laws. House Democrats filed a complaint with the Ethics Committee earlier this month against Santos over allegations he did not file timely, accurate and complete financial disclosure reports.

Morelle and Meeks said in their joint letter that Santos's "untrustworthiness" could lead intelligence agencies to share less information with Congress overall, potentially having "profound implications" on lawmakers' ability to perform their duties related to classified programs.

"George Santos has demonstrated a clear pattern of lies, fraud, and deceit that constitute a severe threat to our national security. That's why @RepGregoryMeeks and I are calling on Speaker McCarthy to deny him the opportunity to access classified information," Morelle said in a statement on Twitter.

Santos's office did not immediately respond to The Hill's request for comment.