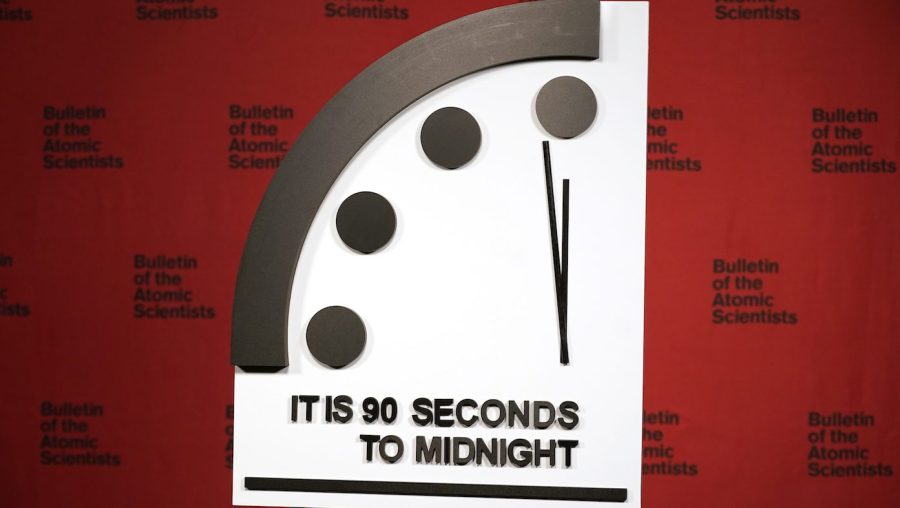 The Kremlin said the Doomsday Clock moving closer to midnight is “really alarming” as its the closest point its been thus far to worldwide destruction amid ongoing international tensions stemming from Russia’s war with Ukraine.

Kremlin spokesperson Dmitry Peskov told reporters on Wednesday morning that de-escalation does not appear to be on the horizon, blaming policies from the United States and NATO allies in supporting Ukraine, according to the Russian state-run news agency TASS.

“On the whole, the situation is really alarming,” he said, referring to dire situations around the world, but particularly in Europe.

Peskov said the international community needs to look closely at where tensions stand, be “particularly attentive, vigilant and responsive” and take appropriate measures to respond.

The Bulletin of the Atomic Scientists, which has maintained the clock since 1947 to keep track of how close the world is to total annihilation, moved the clock to 90 seconds to midnight on Tuesday, which is 10 seconds closer than it was a year before.

The previous record of 100 seconds to midnight was set in 2020. In the clock’s history, midnight has been as far as 17 minutes away, which happened in 1991 at the end of the Cold War.

Midnight has typically been close to 10 or more minutes away throughout much of the clock’s history, even during the Cold War, but it has been no more than a few minutes away in modern times.

The Bulletin said the main factor for the move was Russia’s full-scale invasion of Ukraine and the increased risk of the use of nuclear weapons. It has condemned the invasion, as well as Russian President Vladimir Putin and the Russian government’s repeated threats about potentially using nuclear weapons.

The move came ahead of Germany and the United States both committing to sending battle tanks to support Ukrainian defenses.

Ukrainian President Volodymyr Zelensky has warned that Russia is planning for a “new wave of aggression,” requiring a stepped-up response from the international community.