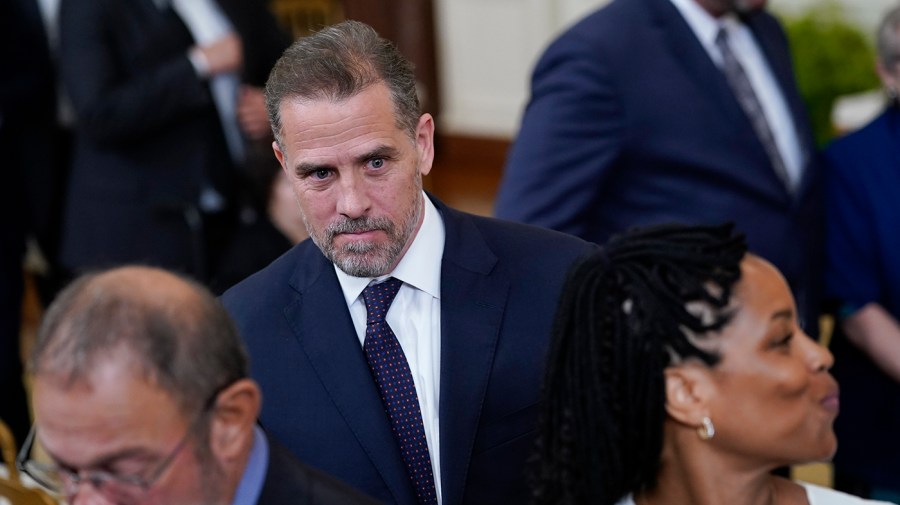 Republicans on the House Oversight Committee have turned their focus to Hunter Biden’s art sales as a part of the panel’s larger probe into the first family’s business dealings.

Oversight Chairman James Comer (R-Ky.) sent a letter Wednesday to Georges Bergès, owner of the Georges Bergès Gallery, seeking information about sales of Hunter Biden’s paintings and an agreement crafted with the White House to keep the buyers of the artworks confidential.

“It is concerning that President Biden’s son is the recipient of anonymous, high-dollar transactions — potentially from foreign buyers — with no accountability or oversight (other than you),” Comer said in the letter. “The American people deserve transparency regarding certain details about Hunter Biden’s expensive art transactions.”

The gallery in New York’s SoHo has showed Hunter Biden’s paintings, including two solo exhibitions in 2021 and 2022.

The White House said in 2021 that a system had been established to guard against conflicts of interest, with Bergès keeping the identities of buyers secret and denying any offer above the sales price or deemed suspect, in order to prevent buyers from trying to gain access to the White House through buying the paintings.

Ethics experts at the time criticized the policy for not being transparent about the buyers, and warned that the policy could backfire. The Treasury Department has warned that high-value art transactions, which involve a “high degree of anonymity and confidentiality,” could play a role in foreign nationals circumventing U.S. economic sanctions and be used as a front to launder money.

It also requested a transcribed interview with Bergès by Feb. 15, 2023.

The letter to Bergès marks the second public development in the Oversight Committee’s investigation into Hunter Biden since Republicans took control of the House.

Earlier in January, Comer sent a letter to the Treasury Department seeking information about any suspicious activity reports generated by banks in relation to Biden family business dealings, a longtime target of House Oversight Republicans. The reports do not necessarily mean illegal activity occurred, and only a small percentage of the millions of such reports from banks every year lead to law enforcement investigations.

He also sent a series of letters to former top Twitter executives seeking information about the company’s handling of blocking a New York Post story revealing information obtained from a hard drive that Hunter Biden owned.