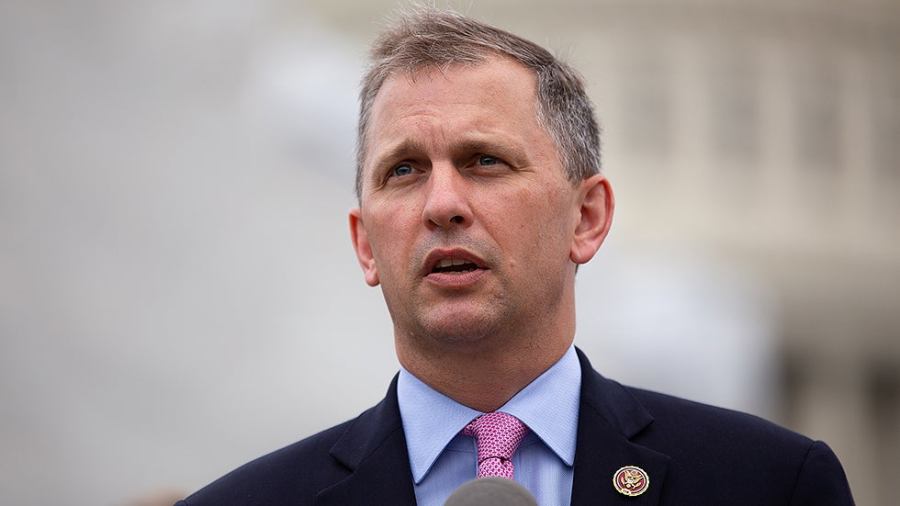 A group of House Democrats is forming a caucus to advocate for sustainable investing — a rapidly growing sector that already accounts for trillions in global investment.

The caucus will advocate for policies sought by the sustainable investment industry, sometimes called environmental, social and governance (ESG) investment.

ESG investing has drawn broad interest in the financial sector as well as rising opposition from GOP-led states like Texas, Kentucky, Florida and West Virginia and some Republicans in Congress.

Those political headwinds have blown against the policy aims that sustainable investors have long sought: clear, federally guaranteed information about which investments are truly sustainable.

The Securities and Exchange Commission (SEC) is a particular focus of current controversy, as it is expected to release its final climate disclosure rules this spring.

“ESG impacts the health and vibrancy of our communities, workplaces, and ecosystem,” Vargas said in a statement.

“As our economy continues to grow, we must work together with the SEC to ensure that investors, asset managers, and market advocates receive the disclosures needed to make profitable and ethical decisions in our capital markets.”

For his part, Casten suggested the group would fight for legislation, not just rulemaking.

“Given the significant growth of assets under management in funds that prioritize ESG factors, Congress has a duty to craft policies that provide investor protections and transparency of information to market participants,” he said.

House Republicans are expected to use their narrow majority to scrutinize both SEC rules in general and ESG investing in particular, RollCall reported last month.

Democratic members of the new caucus said they have had informal talks with moderate Republicans who they see as potential allies and plan to start formal across-the-aisle recruitment talks once the caucus is up and running.

The U.S. currently has about $8.4 trillion invested in ESG funds, according to a December study by the Forum for Sustainable and Responsible Investment (SIF), a sponsor of the caucus.

That’s roughly 20 percent of the nearly $41 trillion invested globally in funds marketed as sustainable — an amount expected to hit $53 trillion by 2025, according to Bloomberg.

Another $1.2 trillion are in funds that are excluded from investing in fossil fuels, SIF found.

But ESG goes well beyond environmental investing, and trillions more are also invested in funds that seek to avoid human rights violations or tolerating corporate misgovernance.

These are practical economic issues for a growing number of investors, Lisa Woll, CEO of SIF, said in a press conference announcing the caucus.

“Investors that don't account for the environmental, social and governance practices and policies of a company they invest in are not adequately assessing risk,” Woll said.

Such investors, Woll added, “are missing an opportunity to make better investments and to contribute to the economy.”

But many investors — particularly public sector ones in red states — risk having that right taken away from them.

Delaware regulators oversee $2 trillion in assets and they see anti-ESG moves from states like Texas as directly threatening broader goals of managing risk in the economy, Davis said.

Texas’s move to kick out ESG-backing banks like BlackRock is “in contrast to the golden goose that made America great and that makes American dreams possible,” Davis added.

In contrast, Davis emphasized the role of the caucus in providing “factual information” about sustainable investment.