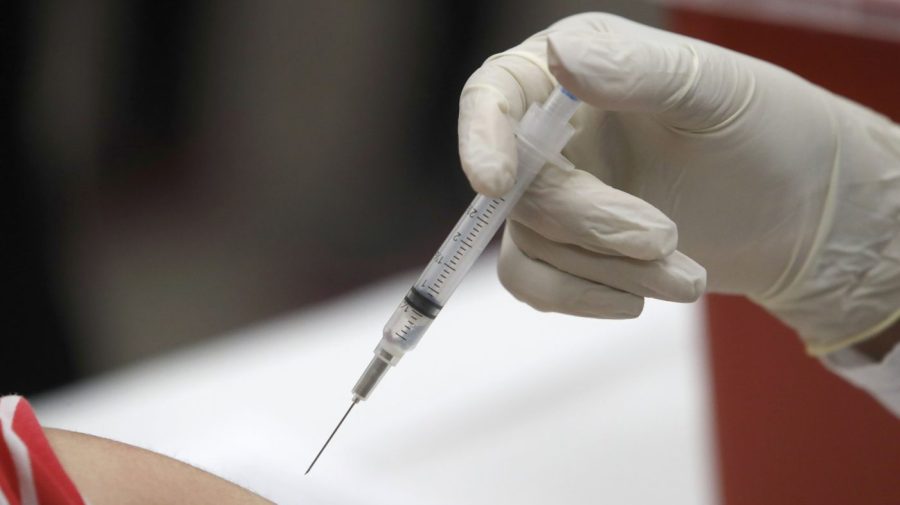 How nostalgic are you willing to get? Starting this week, you can play GoldenEye 007 on your Nintendo Switch.

New data from the CDC has found that the bivalent COVID boosters made available last September were no less effective at stopping symptomatic cases caused by the XBB.1.5 strain when compared to previous mutations of the virus

Welcome to The Hill's Health Care roundup, where we’re following the latest moves on policy and news affecting your health. I'm Joseph Choi. Someone forward you this newsletter?

The latest in politics and policy. Direct to your inbox. Sign up for the Health Care newsletter

New data from the Centers for Disease Control and Prevention (CDC) indicates that the updated bivalent COVID-19 vaccines do not lose significant efficacy in preventing symptomatic coronavirus cases caused by the XBB.1.5 omicron subvariant when compared to previous strains.

What this means: According to Ruth Link-Gelles, CDC epidemiologist and lead author of the MMWR, the findings can be interpreted to mean that vaccines currently cut the risk of symptomatic cases in about half the population.

The CDC also found that the updated boosters provided extra protection against symptomatic coronavirus cases caused by XBB.1.5 for at least three months after vaccination.

To make these determinations, the CDC analyzed national testing data from Dec. 1 to Jan. 13 and looked for symptomatic cases among adults who were not immunocompromised. For the purposes of the CDC’s study, symptomatic cases were defined as having one or more COVID-19 symptoms.

16M signed up for insurance through ObamaCare

More than 16.3 million people enrolled in a health plan through the Affordable Care Act (ACA) during the most recent open enrollment period, marking the highest number of enrollees since the program was signed into law 10 years ago.

This record amount of enrollments occurred between Nov. 1 and Jan. 15 and represented nearly 2 million more people than the number that enrolled the previous year. According to the White House, 3.6 million people, or 22 percent of those who signed up in this enrollment period, were new to the Marketplace.

A White House press release noted that 92 percent of enrollees had options from three or more insurance companies when shopping for plans for this year. Four out of five people who are returning enrollees were able to find plans costing $10 or less after tax credits.

In the previous enrollment period, roughly 14.5 million people enrolled in insurance plans through the Affordable Care Act. The number of individuals signing up for health plans through HealthCare.gov has now grown by almost 5 million since 2020, when enrollment dipped to about 11.5 million.

Long COVID-19 has prevented many workers from going back to their jobs and has caused many of them to receive medical treatments for long periods of time, according to a new report released by the New York State Insurance Fund on Tuesday.

The report analyzed more than 3,000 workers’ compensation claims related to the coronavirus and found that 31 percent of them were suffering from long COVID — a condition with a range of persisting symptoms that follow a COVID-19 infection.

About 70 percent of those with long COVID were unable to return to work or needed medical treatments for at least six months, according to the report.

Eighteen percent of those with long COVID did not return to work more than one year after catching the initial infection. The report also found that the longer a worker stays out of work, the less likely they are to return.

Forty percent of those with long COVID returned to work within 60 days and still continued to receive medical treatment, while about 60 percent did not return to work after 60 days, according to the report.

About 70 percent of parents surveyed said that their children use items such as glitter, face paint, nail polish, lip gloss and perfumes that are marketed for kids, according to the research, published on Tuesday in the International Journal of Environmental Research and Public Health.

Such products often feature bright colors, animals and cartoon characters that serve “to attract the attention of children,” the authors noted.

At the same time, they warned, research has shown that many of these products contain toxins such as lead, asbestos, phthalates, formaldehyde and per- and polyfluorinated substances (PFAS), also known as “forever chemicals” due to their persistence in the environment and human body.

“It is important to uncover how makeup and body products are being used by children to characterize risk and improve safety,” wrote the authors, from Columbia University’s Center for Children’s Environmental Health and the Washington, D.C.-based group Earthjustice.

The researchers administered a 39-question survey about kids’ cosmetic use via social media and by distributing flyers to parents and guardians of kids ages 12 and under. Among the 312 children of 207 survey respondents, 219 — or 70 percent — have used such products.

The maker of a generic version of mifepristone, the first of two drugs used in medication abortions, sued West Virginia’s attorney general and a local prosecuting attorney on Wednesday over the state’s restrictions on the medication.

GenBioPro argued that West Virginia’s abortion ban and restrictions have caused it “significant, ongoing economic injury” and are preempted by federal law.

Their argument: GenBioPro argued in Wednesday’s filing that both West Virginia’s abortion ban and its previous restrictions conflict with the authority that Congress provided to the Food and Drug Administration (FDA) to approve and regulate access to drugs like mifepristone.

“The Supreme Court’s decision in Dobbs did not displace Congress’s and FDA’s roles in protecting the public health by deciding whether drugs are safe and effective, determining which precautions — if any — are necessary to ensure a drug’s safe use, and ensuring safe and effective drugs are available to the public,” the lawsuit said.

West Virginia Attorney General Patrick Morrisey (R) responded to the lawsuit in a statement on Wednesday, saying he is “prepared to defend West Virginia’s new abortion law to the fullest.”

OP-EDS IN THE HILL

Patent reform and lower drug prices should be bipartisan priorities

That's it for today, thanks for reading. Check out The Hill's Health Care page for the latest news and coverage. See you tomorrow.