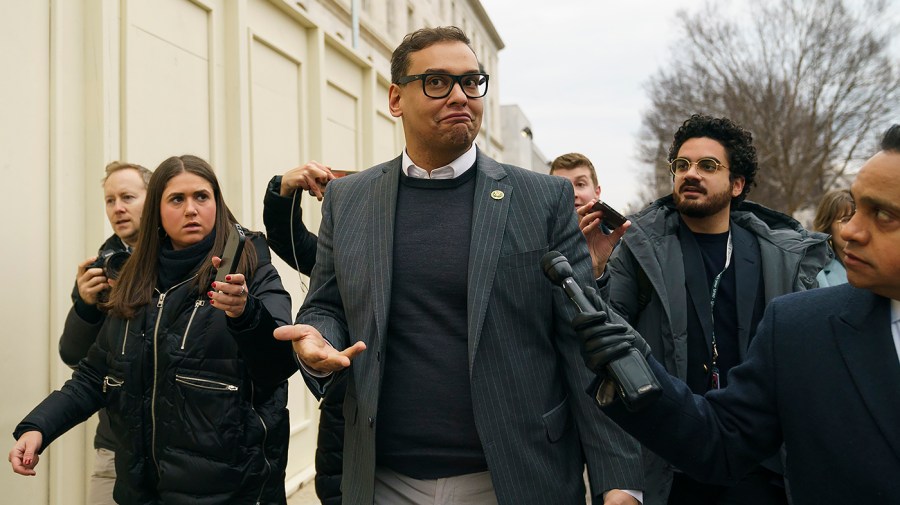 Most people don’t believe me when I tell them this, but it is true: In 2010, I was teaching my introductory course in American National Government on a campus in South Carolina when — and I don’t quite recall exactly what brought it on — I said to my class, “Within our lifetimes, a reality TV star will be elected president of the United States.” Yet even I never imagined that the host of The Apprentice would become president only seven years later.

When I teach that American Government course, I try to persuade students to take their citizenship seriously. It is a homily now thousands of students have heard me give in many years for 14 weeks at a time. The men who wrote this Constitution and the untold millions who have given their lives so that “government of the people, by the people, for the people shall not perish from the earth” all assumed we always would live up to their expectations and vote according to our interests. The promise of democracy is that we each bring a little bit of rational deliberation about what is best for me and my community to the ballot box.

So, I am certain I was lamenting the state of American politics in that classroom. I know I was trying to convey to my students just how little the calculation of rational self-interest figures into a lot of voter behavior, how bad the state of our politics is that it seemed even thinkable at that moment for a totally unqualified reality TV personality to hold the office once held by Washington, by Lincoln, by both Roosevelts. But it had become thinkable.

And, then it happened.

It is for all those reasons today (and with the knowledge that I called Donald Trump’s election years before it happened) that I look upon George Santos with despair.

You may be tempted to read this as a joke about George Santos (R-N.Y.) putting “president of the United States” on his resume. But I am not joking. I am worried that Santos — or another charlatan just like him — can become president of the United States one day. In exactly the same way I said it in 2010, I mean to say today — it should seem unthinkable, but it isn’t. And that is exactly what worries me.

When I talk in class about the fact that too many of us do not vote the way that the people who gave us this political system hoped we would, what I am really talking about is negative partisanship. For too many voters, who a candidate is or what a party will do once they gain power seems to matter somewhat less than simply defeating the other party.

Our politics is so polarized today, just winning is enough.

For voters whose imaginations have been captured by the game of partisan politics, the fact that their vote in fact yields results against their interests does not make any difference. The phenomenon has been documented at least since Thomas Frank’s 2004 book, “What’s the Matter with Kansas?” But we know also that the way the Trump administration governed against COVID mitigation and vaccination has made victims mostly of Trump voters.

It is a perversion of democracy, people voting against their own interests only so that they can feel the fleeting triumph of beating the other side. But here we are.

And this is what brings me to George Santos.

Good questions are being asked about how Santos won his seat in the U.S. House of Representatives. Just this week he revised a campaign filing to reflect that a $500,000 loan to his campaign was not his money, a fact that almost certainly will put him under further legal scrutiny. All that will play out on its own, in its own time.

For us, there are other questions to ask.

We might ask, ‘How is it that money has so much power in our political system, that it could make such an obviously unsuitable candidate not only competitive but victorious?’

We might ask, ‘Why is it that voter and journalistic interest in candidates for the House of Representatives could be so low that Santos’s fabulous resume got no sustained scrutiny until after Election Day?’

We might ask, ‘What has happened to the major political parties whose job (according to all the political science textbooks) is to screen and vet candidates for office?’

We might ask, ‘How craven is the narrow majority of House Republicans and Kevin McCarthy (R-Calif.) that they would seat and keep Santos in their conference, knowing he is a security risk, simply because they needed his vote to keep Hakeem Jeffries from the speakership?’

Those all are good questions, and there are other good one too. They all point to serious problems in our political system.

But the most serious problem of all is that too many voters seem to enjoy the entertainment of our politics a bit too much — enjoying it, yes, at the expense of ‘the other side’ but also at their own expense.

George Washington warned us in his Farewell Address that our appetite to defeat the other side could lead us to ruin. The writers of The Federalist Papers felt sure they had given us every protection they could against electing those with “Talents for low intrigue.” But we know the danger is here, it is clear, and it is present.

And for as long as that remains true, we cannot dismiss the possibility that George Santos or someone else quite like him can be president of the United States. We ought to reflect on that soberly and at length now, tomorrow, and every time we vote.

Steven P. Millies, a political theorist, is professor of public theology and director of The Bernardin Center at Catholic Theological Union in Chicago. Follow him on Twitter @stevenpmillies