Diplomatic pressure is needed to stop executions in Iran 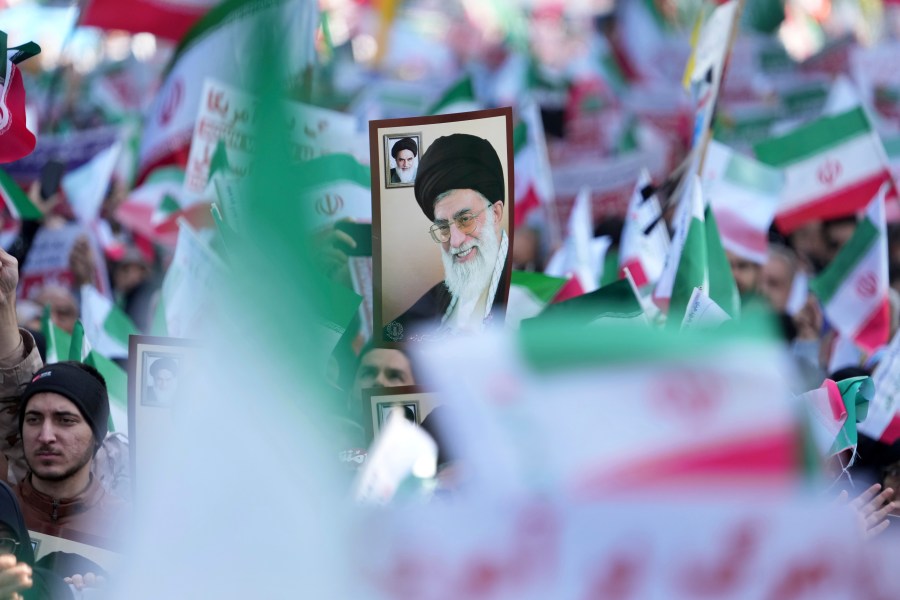 Four months into nationwide protests in Iran, the regime has failed to address the protestors’ demands or hold accountable those in the police forces responsible for the death of 22-year-old Mahsa Amini. Instead, security forces have been deployed to violently suppress the protests, and death sentences have been imposed on dozens of protesters to intimidate young Iranians calling for an end to the Islamic Republic.

To stop these executions, a comprehensive strategy must be devised by a coalition of democratic governments using all diplomatic means to exert pressure on the regime to halt its most egregious human rights violations.

Independent human rights organizations have reported that more than 520 protesters have been killed and more than 19,500 have been arrested since the protests began in September 2022. To stoke fear and deter Iranians from taking to the streets, the regime is holding sham trials and imposing long prison sentences, and even the death penalty, on some of those arrested.

At the time of this writing, four executions linked to the protests have been carried out, and several other death sentences have been confirmed by the Iranian Supreme Court, putting them at immediate risk of execution. Mohsen Shekari, a 22-year-old, was convicted and executed for blocking a road in Tehran during the demonstrations and injuring a member of the security forces. In another case, Majidreza Rahnavard was summarily tried, sentenced and hanged only 23 days after his arrest.

In November 2022, the United Nations Human Rights Council decided to establish a fact-finding mission to investigate alleged human rights violations in Iran related to the protests. Not surprisingly, the Islamic Republic has said that it will not cooperate with the UN investigation.

The West does not have much economic leverage to influence the regime’s behavior or to punish its abuses. Since President Trump's withdrawal from the Iran nuclear deal in 2018, the United States has imposed one of the toughest sanctions regimes in history against Iran. As a result, there are no major trade deals or investments between Western countries and Iran that can be used as leverage to influence Tehran.

Sanctions against human rights violators are helpful in ending impunity for those committing these crimes, and they also have significant symbolic value, demonstrating support for and solidarity with the protesters. However, these sanctions so far have failed to deter the regime from naked violence including shameless executions.

In the absence of economic tools, it is imperative that all diplomatic levers be employed to pressure the Iranian regime to halt its most severe human rights violations against the Iranian protesters, including the executions.

The West and its allies, in particular European countries, can exert pressure on the regime through concerted diplomatic actions such as revoking entry, study and business visas for family members of Iranian officials. While ordinary Iranians have been finding it increasingly difficult to cover the high expenses of obtaining visas and traveling to the West, family members of Iranian officials and those with business interests in the regime have been able to travel freely and make investments in Western countries.

Further, while maintaining diplomatic channels is crucial, in a coordinated campaign a coalition of democratic governments should take carefully targeted actions, including exclusion of regime representatives from multilateral fora and the possibility of selected expulsion of Iranian diplomats from capitals.

No single action will be sufficient to achieve the desired outcome. However, a comprehensive strategy that builds on Europe's diplomatic influence and mobilizes other democracies could curb the regime's violent suppression of dissent and create space for the Iranian civil society and the “Woman, Life, Freedom” movement to advocate for their demands within their country.

In 2015, many policy experts and researchers (including the authors of this piece) had hoped that diplomacy, rapprochement and sanctions relief through the nuclear agreement would strengthen Iranian civil society and the reformist factions of the Islamic Republic, leading to positive change within the country. But the short-lived nuclear deal, coupled with the regime’s intolerance towards reform, proved that nuclear diplomacy alone was not enough to bring about change in Iran. It is not likely to do so today.

In fact, the regime’s hardline factions have imprisoned many of the leading reformist and dissident figures in recent years and have taken control of all power centers in Iran through engineered elections. The hardliners appear determined to keep power at all costs ahead of an expected leadership transition in the regime. The principal barrier they face is the young generation who are fed up.

As a sovereign nation, the people of Iran are ultimately responsible for changing their political system in accordance with their hopes and aspirations. But in the hope of a relatively peaceful democratic transition, the West needs to influence Iran in a way that supports and strengthens the civil society and young liberal voices within the country. A stronger civil society will internally contain the Islamic Republic’s hardliners, and could eventually lead to a change in the regime and a path towards rapprochement in the region and beyond. The Iranian protesters need help now and have earned it with their remarkable courage — some with their lives.

Bijan Ahmadi is executive director of the Institute for Peace & Diplomacy (IPD). John Packer is director of the Human Rights Research and Education Centre at the University of Ottawa.