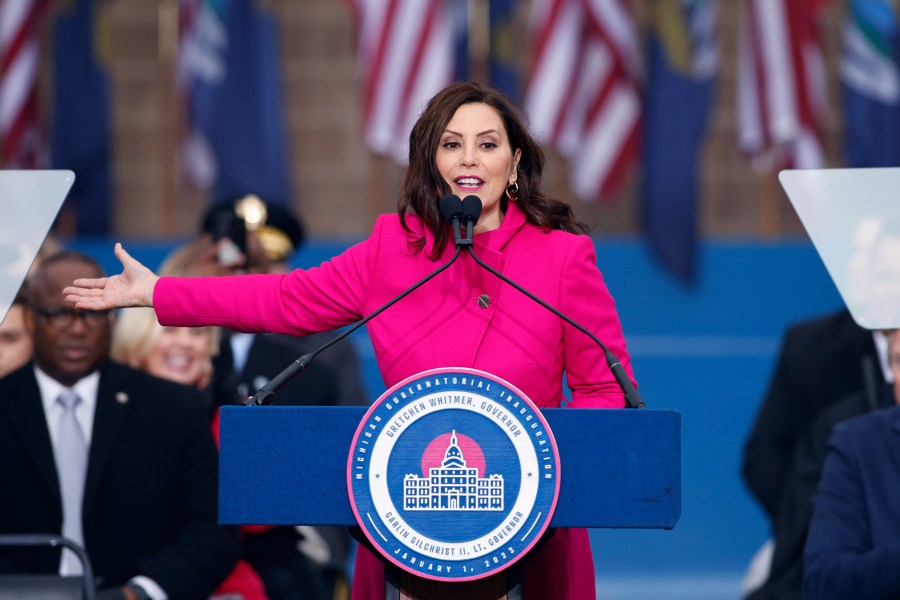 President Biden is a successful president who has built a historically impressive record during his first term, and if — or when — he runs for a second term, he will benefit from the support of an extraordinarily impressive group of Democratic governors, who possess a dose of political magic.

One of the great untold stories of politics in 2023, which we can begin to remedy here, is the truly exceptional quality of many Democratic governors serving today, a significant number of whom govern with Democratic state legislatures.

California Gov. Gavin Newsom has been a national leader as an innovating chief executive on issue after issue, in the tradition of his hero Robert F. Kennedy, from gun control to climate change to women’s rights and abortion.

He has built a tremendous small-donor fundraising operation, which he used to support countless Democrats, and has been forceful in responding to GOP attacks against Democrats, and strongly supports President Biden’s reelection.

Illinois Gov. J.B. Pritzker has been brilliant in his business and political careers, governing with skill on important state and national issues and supporting other Democrats — including Biden — with determination.

Michigan Gov. Gretchen Whitmer has led her state with great talent. She was instrumental in Democrats taking control of the state legislature, and despite facing the evils and dangers that came with the Trump years, she emerged fearless, cool and triumphant.

Maryland Gov. Wes Moore is new to office, having served as a captain with the 82nd Airborne in Afghanistan, received a master’s degree as a Rhodes Scholar at Oxford, served as CEO for the Robin Hood Foundation, and worked on high finance in New York.

These four standout governors work with Democratic legislatures. I would suggest they consider working with each other and other Democratic states to create joint, multistate Democratic programs on matters such as health care, where they can create enormous economies of scale on matters such as lowering prescription drug prices. This would give them powerful leverage with Big Pharma to create huge savings for their constituents, and work in concert with what Biden and Democrats in Congress are doing.

Joining forces would enable them to enact substantial agendas at a time when official Washington is consumed by matters such as whether a failure to raise the debt ceiling will cause a market and economic crash for America and the world.

Memo to moderate House Republicans: I would be thrilled by the blue wave that would occur if your party crashed the economy, but not at the price of the economic destruction that would impose on our country. Make a deal with Democrats!

Biden, House and Senate Democrats, and America all benefit from these highly qualified Democratic governors, capable of enacting significant programs with their Democratic-controlled legislatures. These initiatives at the state level demonstrate the Democratic philosophy of governing, and their ability to execute these plans and make them work for our people.

Such initiatives would also build on the success of the major programs Biden enacted during his first two years. Let’s note he did this with the help of Ron Klain, one of the best White House chiefs of staff in decades, and will be helped now  by incoming chief of staff Jeff Zients, whose great contributions battling COVID-19 and devising economic policy have been exceptional.

The American people want a government that works for them, addresses their fears and hopes, improves the financial well-being of their families, and works to help them make their dreams come true. This is Biden’s vision of governing, one of many reasons he won the 2020 election, as well as why Democrats did so well in the 2022 midterm elections.

This is the vision of Democratic governors discussed here, and others who are the next-generation leaders of American greatness.

Budowsky was an aide to former Sen. Lloyd Bentsen (D-Texas) and former Rep. Bill Alexander (D-Ark.), who was chief deputy majority whip of the House of Representatives.