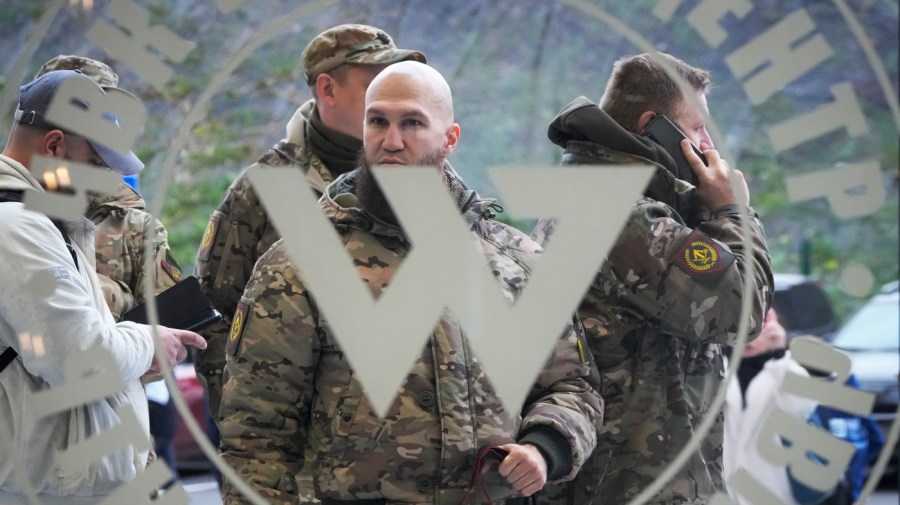 The Holding Accountable Russian Mercenaries (HARM) Act, sponsored by nine members of the lower chamber, would require the State Department to designate the Wagner Group an FTO within 90 days of becoming law.

The lawmakers cited the paramilitary company's history of human rights violations in Africa and ongoing deployment of private soldiers in Ukraine to fight with Russia, adding that the Wagner Group has received weapons from North Korea, a U.S.-designated state sponsor of terrorism.

“Where the Wagner Group operates, atrocities follow," said Rep. Steve Cohen (D-Tenn.) in a statement. "The HARM Act will identify Putin’s private mercenary group as a Foreign Terrorist Organization and let the world know that its activities are both malign and illegal."

The Biden administration designated the Wagner Group as a transnational criminal organization last week and announced countries and entities supporting it would run afoul of the U.S. government.

But an FTO designation would authorize the U.S. to slap criminal penalties on entities supporting Wagner Group, according to the lawmakers sponsoring the HARM Act.

Rep. Joe Wilson (R-S.C.) said in a statement the Biden administration's designation "does not go far enough" against Wagner, adding it should use the FTO label to "expose them in their true state as a murderous, criminal enterprise."

"The Wagner Group has been engaging in nefarious atrocities around the globe, all at the behest of war criminal Putin and his cronies," Wilson said.

Legislation to designate the Wagner Group an FTO was also introduced last year in both the House and Senate.

There was a standoff between the Biden administration and some U.S. lawmakers last year over designating Russia as a state sponsor of terrorism.

The administration said the designation, which comes with a raft of restrictions and penalties, could do more harm than good for Ukraine.

The mercenary outfit has since meddled in conflicts across the world, from Africa to Syria and now Ukraine, where Wagner forces are fighting alongside Russian soldiers in the eastern Donetsk region.

In November, the European Parliament passed a resolution urging the European Council to adopt a measure that would place Wagner Group on an EU terrorist list.

Rep. Ruben Gallego (D-Ariz.), who is vying for a Senate seat in 2024, also sponsored the HARM Act and called for "rebuking mercenary terrorist organizations like the Wagner Group."

"While Ukrainians stand up for freedom and democracy, the Wagner Group stands with authoritarian regimes like Russia," Gallego said in a statement. "Declaring them a Foreign Terrorist Organization is a commonsense step to hold them accountable for their atrocities in Ukraine and across the globe.”